We were delighted with our Mongolian experience. The ger camp was highlight and the traditional Mongolian concert was really enjoyable. Our overall experience was extremely positive.

Thank you for looking after us so well. 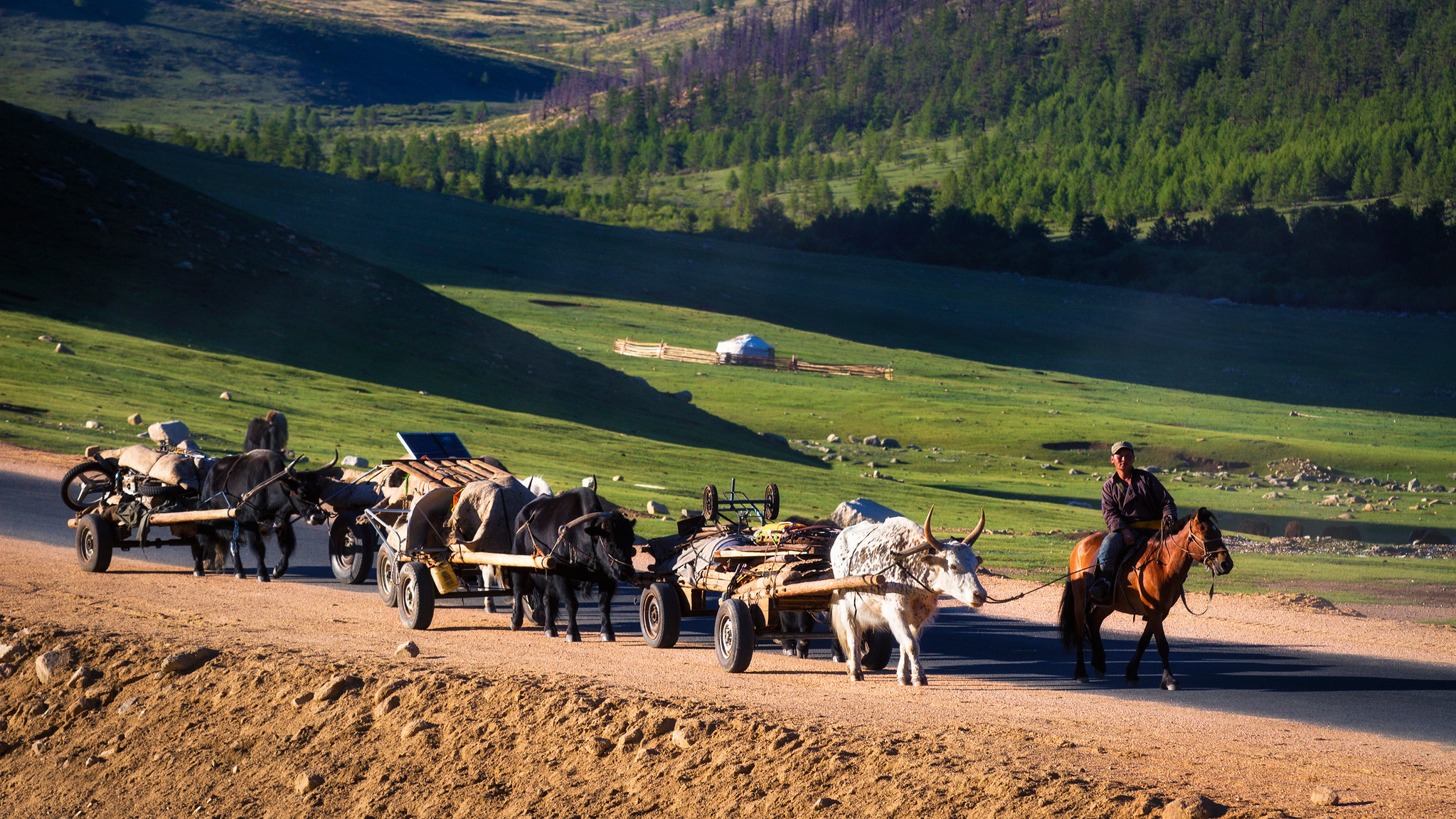 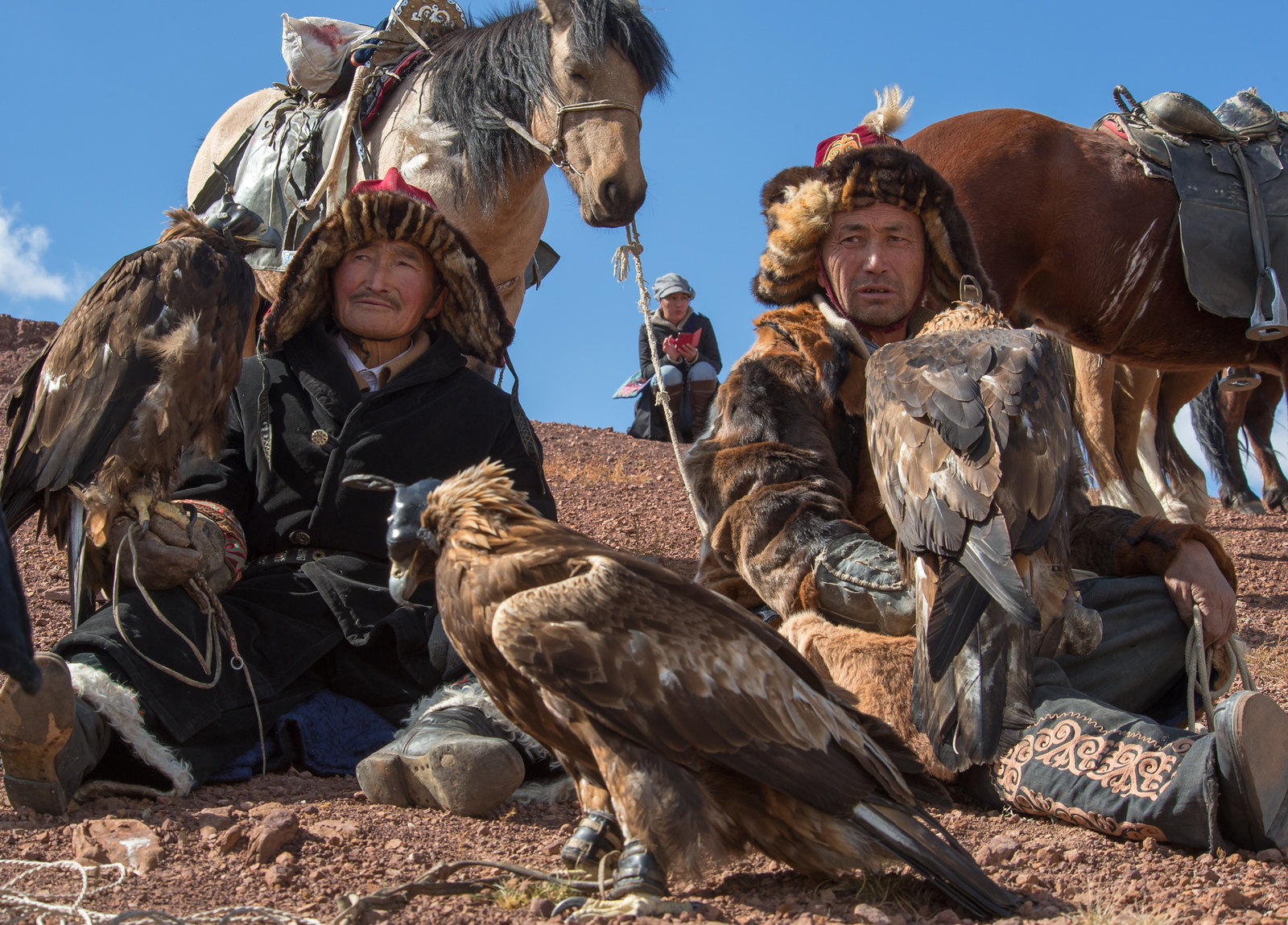 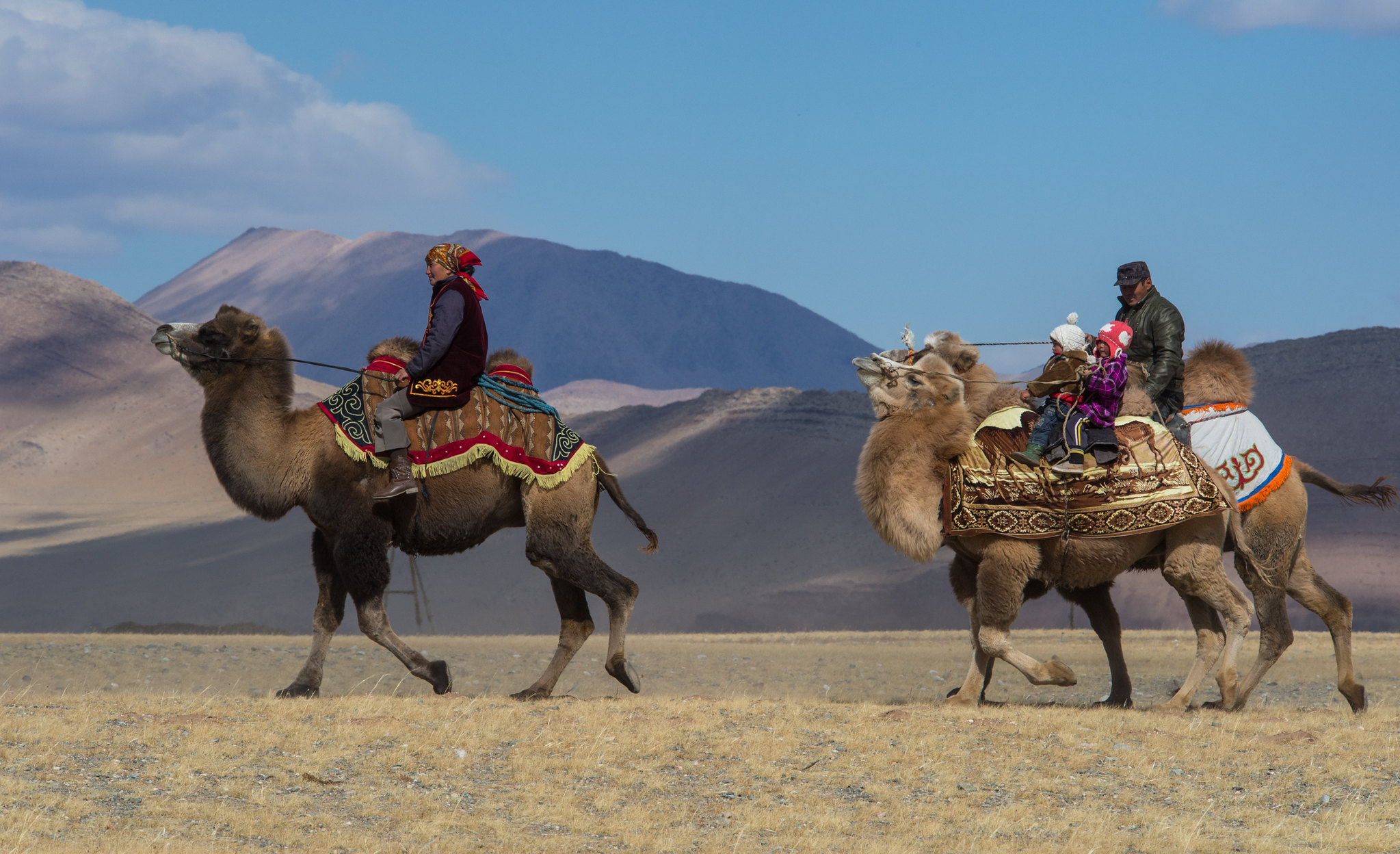 Upon arrival at Chinggis Khan International Airport, you are met by your tour guide and transferred to the hotel in the city center. The first stop is Sukhbaatar Square. This central square is named after Damdiny Sukhbaatar, the revolutionary hero of 1921 who declared independence from China. Next is a visit to Gandan Monastery, the largest and most famous functioning monastery in Mongolia. Here you will see the impressive Golden Buddha Statue of Migjid Janraisig and may even have the opportunity to experience monks in worship. Time permitting; you will visit the Natural History Museum, which is famous for its collection of authentic dinosaur skeletons found throughout Mongolia, and then take in a fantastic view of the entire city from Zaisan memorial hill. End the evening with a welcome dinner at a local restaurant.

Today we will drive to Hustai National Park, which is world famous for the successful reintroduction of the Przewalski horse, called "takhi" by Mongolians. It became extinct in the wild in 1969 and, since 1992, has been successfully reintroduced to Hustai from zoos around the world. This has been an international effort monitored by The Foundation for the Przewalski horse, based in the Netherlands and MACNE (Mongolian Association for Conservation of Nature and the Environment).
Upon arrival in Hustai, you will check in at our ger camp. After lunch, you will take a jeep ride into the park. The national park is comprised of rolling Steppe Mountains with rather large patches of birch and aspen forests. There are also visible remains of Neolithic graves. In addition, red deer and wolf have increased quite a bit during the last few years, as well as Mongolian gazelle. Species present in Hustai but usually not seen include Lynx, Argali Sheep and Roe Deer. Usually, you are able to see the herds of wild horses grazing in the grasslands of the parks and other wild animals.

After breakfast, we will drive to Ugii Lake, which is a fresh water lake in the steppe and rich with fish and birdlife. We will have a leisurely afternoon walking around the lake, and enjoying some bird watching.

Following breakfast at tourist camp, we will drive to Tsenher hot spring. Along the way we will stop for a break in the small town of Tsetserleg to visit a monastery museum. We spend overnight in a ger camp based at natural hot springs. Soak in hot water; enjoy a hike in the hills.

Today you'll drive to the ruins of the Ongi monastery. It was the largest Buddhist center in the Gobi region. There are 2 complexes of temple ruins which were built up in 1780s. During political repression in 1930s’ these two temples were destroyed and many lamas were executed and imprisoned. Visit Ruin of monastery reconstructed parts. On the way visit basin of the Ongi river which is dried out because of mining activity.

After breakfast, we leave Hongoryn Els for Bayanzag. It's a long day drive today and can take up to 5 hours but it's a scenic drive through the vast land. We will occasionally stop for photography and to watch the birds and the animals of the area. We check in our camp, wash and change and after lunch, we drive to visit the Flaming Cliff. The place was named as 'Flaming Cliffs' by Roy Chapman Andrews, an American explorer who searched throughout the Mongolian Gobi Desert and found dinosaur skeleton and eggs for the first time in Asia. The red cliff gleams with sunlight and can be seen from far away. We will take a short walk on the ridge of the cliff and look for the pieces of Dinosaur bones. We will drive little further to see the saxaul trees that contributed the name Bayanzag. Bayanzag means-rich in saxaul.

After breakfast, take in the stunning scenery of the Gobi-Altai Mountain range as you transfer to the towering sand dunes of Khongoryn Els, home to the ‘Singing Sands’. These spectacular dunes got their name from the noise made by the shifting sand in the wind. Feel the breeze in your hair as you ride a camel across the dunes before returning to the ger camp. Isolated from the rest of the country, the Singing Sands are the best kept secret for thousand years in the history of Mongolia.

Today we will have a full day exploring the sand dunes and rest after the long drive. The dunes seem to stretch on forever like a soft ribbon of sand draped over the desert. The shifting sand blown by the wind or someone makes sound so it is called Singing Sand Dunes. There is a beautiful green oasis known as Seruun bulag near the Khongor River. Return to the camp for lunch and enjoy feeling silence and a peaceful in the beautiful surroundings Gobi Deserts.

In the morning, we drive to Yol Valley. Learn about the local wildlife in the Natural History Museum before taking a gentle hike through the valley to discover their habitats. This valley is nestled deep within the hills and is a safe haven to get away from the desert heat. Some areas of the valley are continually sheltered from the hot sun and house huge, blocks of ice that gradually melt away during the summer. It is very wide at the entrance and narrows gradually into a remarkable gorge. You will get to see wild animals such as ibex and wild sheep, and the vulture. You can go horseback or camel riding around the area and go trekking to the gorge. Tonight is your first night in a traditional Mongolian ger camp.

In the morning we drive to see the Khavtsgait Petroglyphs from the Bronze Age (4000-3000 BC) are beautifully carved on several rocks on the top of a sacred mountain. The petroglyphs were carved and painted with motifs consisting of various animals related to everyday life of ancient people including deer, bears, wolves and hunters, and wolves with livestock. Other paintings depict domestic scenes of yaks pulling carts, the wheels and horses flattened sideways like hieroglyphs, and herders on horseback. The engravings vary in size, ranging from two-centimeters to the life-size of horses.
Note: The area is very rocky and can be slippery to climb, but by wearing appropriate shoes and carefully following the mountain path one can reach the top to see these beautiful rock paintings.
We will visit a herder family nearby to learn about their unique daily lifestyle and see them go about their daily chores like milking mares and goats or fencing. This is a perfect opportunity for you to try fermented mare's milk and other dairy products.

Oct 3 - Day 13 Drive back to Ulaanbaatar

Following an early morning breakfast, we are driving back to Ulaanbaatar. Transfer to hotel. Rest of the day is open for you to pursue your own interest.

The official opening ceremony commences with the participants parading in on horseback with their eagles. The competition begins with each Kazakh displaying his hunting outfit and accessories, the most elaborate and beautiful of which receive the highest points. In the afternoon, the judges will evaluate the Golden Eagles’ speed and agility. The eagles will be released from a cliff with their owners standing below, signaling for the eagles to land upon their arms as they do while hunting. Those with the fastest times and best technique will be awarded the highest scores. In the evening, attend a Kazakh play in honor of the hunters and their eagles.

The Golden Eagles will be released from a cliff to attack fox skins that will be dragged by their owner on horseback. The eagles will be judged on their success of grabbing the "fox", their speed, and "gripping" technique. As the points for the competitions are being tallied, the Kazakhs will compete in their traditional game called "kukbar"- passing goat skin which tests one's horse riding skills, strength and agility. In the late afternoon, the winners of the festival will be announced at the awards ceremony. In the evening, enjoy a celebration dinner.

We will be visiting some of the nomads of the area and experiencing their unique lifestyle. Kazakh craftswomen are renowned for their colorful embroidery and textiles, and their gers are beautifully decorated. Handcrafted felt carpets line the floor, and delicately embroidered tapestries adorn the walls of their homes, with each design unique to a particular family. After meeting a Kazakh, you will be impressed by the generous hospitality expressed through expansive meals with many dishes and countless cups of milk tea and sweets. The herder will also demonstrate his horsemanship and training techniques which have been passed down from generation to generation. The ger will be decorated with beautiful embroideries which are handmade by the skillful Kazakh women. The embroideries are truly works of art and display fine workmanship with beautiful colors and patterns.

After breakfast, we will transfer to airport for return flight to Ulaanbaatar. In the afternoon there is more to see here upon arrival if you are interested such as The Bogdo Khaan Winter Palace is the home of the last Mongolian King, Javzun Damba Khutagt VII. The museum contains a number of Buddhist artworks and the private collection of Bogdo Khaan, composed of gifts from rulers and kings from all over the world. The artworks displayed here were made by the top Mongolian, Tibetan, and Chinese master- sculptors of the 18th and 19th centuries and represent the gods of Buddhist pantheon. In the evening you can enjoy a farewell dinner and attend the local folklore dance shows.